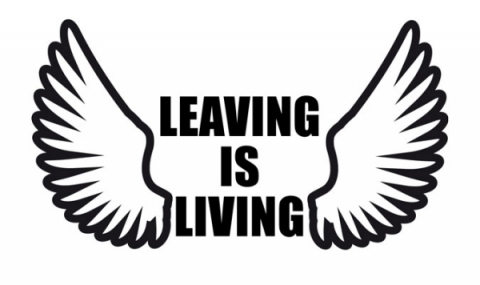 Migrating birds have no option; they have to face the challenges and dangers of migration in order to survive. And they do in the millions between their nesting and wintering grounds, twice every year. The EU Bird Directive protects all migratory species and only a few of them can be hunted, under certain conditions of timing and methods.

Sadly, the illegal killing of birds in the Mediterranean is wide spread, representing a significant threat to the conservation of many bird populations. Furthermore, most of the illegally killed birds are migratory, thus belong to the group of birds that, during the last 40 years, has exhibited a substantial negative population trend. This decline has many causes, including habitat loss in both breeding and wintering grounds; illegal hunting is another nail in the coffin of the species grim future, jeopardizing even more their survival.

While, in the distant past, the birds, appearing every year in large numbers during migration, were an important source of protein and / or income for the people in the Mediterranean, this is hardly the case nowadays. Particularly at the northern shores of the Mediterranean Sea, the killing of birds protected by the EU Birds Directive and by national legislation is mostly justified as a ‘cultural tradition’. While traditions are important, human culture evolves and many ‘traditions’, such as public executions or physical punishment of school pupils, have been abandoned because they became culturally unacceptable. Unsustainable and illegal killing of migratory birds is no longer an acceptable ‘tradition’.

The BirdLife partners in Italy (LIPU), Greece (HOS) and Spain (SEO) have decided that coordinated actions and a common approach were required to address the problem, and have obtained the financial support of the European Union through a LIFE + Information and Communication project.  The project aims at changing the attitude of local communities at  three hotspots: Sulcis (SW Sardinia), Ionian Islands (Western Greece), and the East of Spain (Catalonia, Valencia and SE Aragon )

1.       Each area has its specific form of illegal killing: in Sulcis, snares, traps and nests are set to kill mainly Song Thrush (Turdus philomenos), Blackbird (T. merula)  and other thrushes (Turdus sp.) as the main ingredient of the ‘grive’, a local dish of roasted birds served around Christmas; in Spain, the birds are captured in autumn  with the so called ‘parany’, complex structures of trees covered with lime sticks. Song Thrushes and many other insectivorous birds such as Robins (Erithacus rubecula), Blackcaps (Sylvia atricapilla) or Warblers (Sylviidae) are thus consumed as food. . In Greece, poaching takes place during spring when the arriving turtle doves – exhausted after having crossed the Mediterranean – on the Ionian Islands are ‘welcomed’ by thousands of shot guns.

In all these  cases the activities are illegal according to the EU Birds Directive and the national legislations, but local authorities tend to keep a blind eye, or, as it has recently happened in the Valencia Generalidad, try to legalise the activity.

There are good reasons why these activities are illegal:

The BirdLife partners, with the support of JWT, an international communication agency, have launched the ‘Leaving is Living’ campaign, www.leavingisliving.org, which is aimed at explaining that migratory birds have the right to migrate, as this is a crucial part of their life cycle, and that illegal killing of birds must stop.

The campaign tools include a website in 4 languages (IT, GR, SP and EN) a set of press advertisements, a radio spot, a number of videos and a documentary. The campaign is also supported by national celebrities, such as TV personalities, singers, actors and writers.

Locally the communication campaign will include public events involving the local people, decision makers, and a travelling exhibition in Greece and Spain.

Education is a key to stop the recruiting of poachers at the hotspots. The three partners are working with local schools in order to raise the awareness of almost 15,000 students about the illegal killing and its impact on the local and European biodiversity.

National and international workshops are being held with Law Enforcement Agencies in each country to highlight the importance of these environmental crimes and sharing experiences gained from other areas as the selected hotspots are not the only areas where environmental crimes take place.

So far the campaign through the website, press releases and articles, advertisements on newspapers and magazines, and radio spots, has reached over 20 million people and more will be reached by the end of the project also through new interactive internet-based tools currently being developed.

Along with the campaign, the partners continue their more traditional and direct anti-poaching activities, involving volunteers to remove traps in Sardinia and identifying and sharing the location of the ‘parany’ on a webpage in Spain through the collaboration of different NGOs, as well as the fight against those who try to turn a blind eye or even ‘legalize’ activities that should belong to our long gone history.

We need your help to spread the message: please visit www.leavingisliving.org and share the video.